It's a shame that it took me two months to finish this personal project. I initially had this in mind since late November and worked on the draft by mid-December. Anyway, here it goes...

Ten years ago, I tried coming up with a list of my favorite songs of the decade here in this blog. Unfortunately, I ended up shelving it as I got more busy with college studies and post-disaster recovery.

Fast-forward to present, I became a wanderer in the locality's live music scene – a  far cry from the early years where I dig more of mainstream and foreign stuff.  Though I'm not hating at all, because exciting times took place during the 2010s.  K-Pop has ascended to even greater heights, while US & UK stuff still fares well, respectively.

The Philippine music scene, however, saw another band explosion that paved the way to "hugot" and "swabe" music. The bar was raised once again, as quality music reached mainstream consciousness, thanks to the much-improved songwriting process, social media buzz, and some crowd-drawing events.

For the continuation, we take a look back at some of my personally-preferred tracks that somehow defined my life (of the pace of life, at least) during the past decade.

There was this one Monday night in May 2017 when Elements staged its Jam Night at Route 196, and part of its billed performers were the Guico brothers. Way before they grow as the super band Ben & Ben, Paolo, and Miguel – known as The Benjamins – were underrated, skilled balladeers. Dahilan struck upon me that's way different than the same title of Autotelic. It was a subtle, soft, light-paced yet heavily-emotional track.

Before Autotelic made big, the band released an album in late 2014. Before the long-hyping intro of Kung Sa Bagay, the revamped nostalgia-themed Balik, and the monster hits Misteryoso and Dahilan, there' was a track called Dalhin that seems fitting for someone who wants to make a move yet very cautious on doing so. It's like encouraging words to tread past deep waters.

It was quite deep and get, yet under-recognized. Another get that one can't find on Spotify Philippines (which really sucks, unless you turn on your VPN), and good luck, if there are copies of We Are Autotelic for you to cop.

Not all live hip-hop acts rely purely on machines. Take Assembly Generals as an example. They don't just have two vocalists, but also two beat-making pieces of machinery on top of a drummer (who, by the way, is Raimund Marasigan).

Everyday Concept has this high kind of vibe that goes along with the bars and city lights. Take a walk by the nightcap and be mesmerized

If you judged it by the title three mights played in my mind: Secrecy. Subtlety. Defiance. However, thwn listened upon 'to, it's it depicts a terminal decay in  some slow, careful-ish, merciless form. Vandals On The Wall said it best: it was a slow-motion punch to the chest.

For years, Peryodiko does its best singles; and Tayo Lang Ang May Alam has once again embodied them all.

It could probably say Accident is the wildest song I ever heard to conclude a live set. It brings out the most vivid and lively side of the audience. That, perhaps, is one premier reason why CHEATS has been one of the hottest acts during the mid-2000s – or back when Saab Magalona and Jim Bacarro weren't parents.

On a related note, Crash would've sound perfect in this list, too.

Down was the least-intense track off MilesExperience's album Again & Against. Yet it is also the most happiest-sounding one they ever penned. It came at the time when MilesExperience already had Love Supreme as the pilot of pilots.

Ebe Dancel is one goddamn emotional songwriter. Imagine weeping out to this song – be it part of the album, a movie (#WalangForever), or just randomly streaming songs.

It's somewhere in the mid-2010s, you randomly checked out the other good stuff in Amplify.PH (when they were still running), and stumbled upon the Geeks, one of the young, preppy guys playing slow guitar pop music in the locality. Never thought someone would make such a 50s vibe in their song lately, eh?

By the mid-2010s, the young and preppy kids called The Ransom Collective made its name to the locality – something that reminds one of the likes of Mumford and Sons and Imagine Dragons. The indie feels, the mix of acoustic, lite rock and folk-pop, and harmonious back-up vocals, that suited best and made them a Wanderland act; an alternative to swabe and hugot, as some may say.

Fools was the Wes Andersen of them all, and Run came running by next to them. 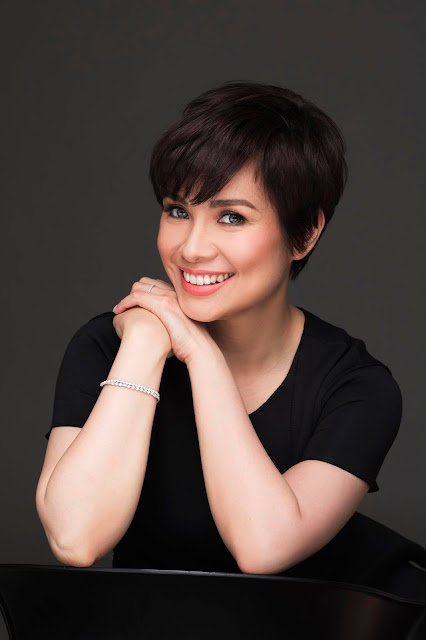