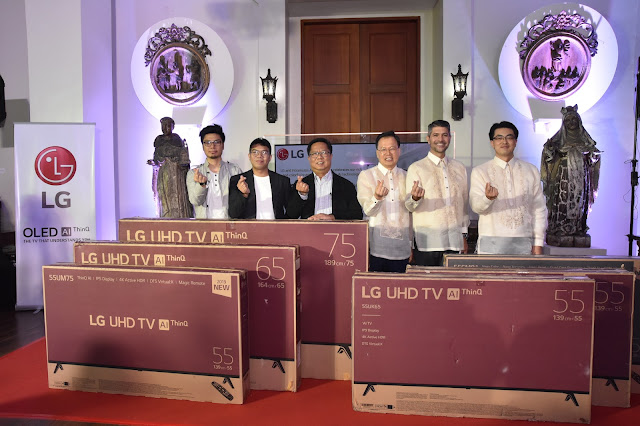 The date 22 July 2019 has made several milestones at the Walled City as LG Philippines unveiled their newest line of state-of-the-art OLED TVs while at the same time, donating them to the newly-opened Museo de Intramuros.

All of these took place on the day of the 70th anniversary of friendship between two countries – the Philippines and South Korea, and the year where Intramuros Administration commemorates its Ruby Anniversary (40th year).

The momentous occasion was celebrated when LG Philippines, through its managing director Mr. Inkwhun Heo, made its presence felt through launching their newest television offerings, which puts the country's rich-and-colorful history alongside tomorrow’s technology. The company's top executive also led the way in handing over six (6) units of the LG TVs to the museum.

“This 2019 marks the 70th anniversary of diplomatic ties between the Philippines and the Republic of Korea. Throughout the seven (7) decades of friendship between the 2 nations, we’ve been championing the importance of culture. We at LG Philippines remain committed to doing our part to preserve and showcase Philippine history. We hope that through the integration of our industry-leading OLED TV technology with riveting historically significant content, we can communicate to audiences, both old and new, the importance of Intramuros and Philippine history as a whole,” said Heo.

Present during the event was Atty. Guiller Asido, the Administrator of the Intramuros Administration, who was ecstatic about the educational possibilities of the TV donations. Referring to the event’s official hashtag #TheTVThatUnderstandsYou, he quips “I would like to rephrase our hashtag, this is not just the TV that understands you — it is the TV that understands the history and culture of the Filipino people.”

Also taking place during the milestone-filled afternoon was the showing of a special AVP made by TBA Studios, the creative geniuses behind local hit movies Heneral Luna and GOYO. Primarily made as another gift by LG to IA, the video featured Museo De Intramuros and was directed by JP Habac with cinematography by Pong Ignacio. Both of them expressed how awe-struck they were on seeing how vivid the color rendition of the LG OLED TVs was.

“Every bit of detail is seen the way it’s supposed to be seen. The dynamic range is really something to behold,” said Habac.

LG commissioned the video featuring the Department of Tourism Sec. Bernadette Romulo-Puyat and museum curator Dino Santos to showcase the enchanting beauty of Intramuros through its crystal-clear OLED displays. 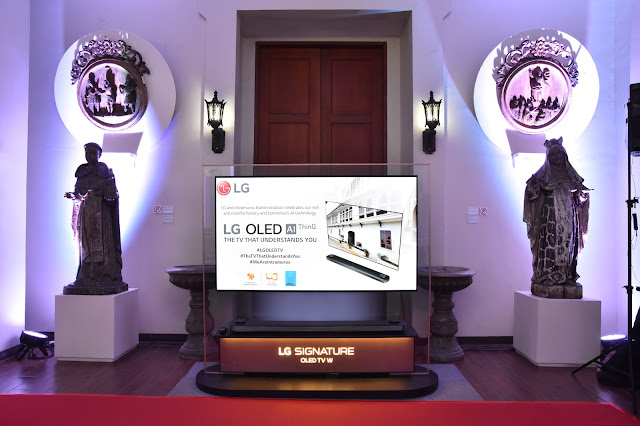 LG's newest OLED TVs are powered by never before seen cutting-edge technology. With Deep Learning technology now embedded in their new α9 Gen2 & α7 Gen2 processors) – the TV, through intuitive recognition, can understand how to optimize and enhance the picture and sound for any content. The AI feeds on data and adapts accordingly, giving you the most optimal viewing experience possible. With Deep Learning technology, LG TV can understand how to display the best picture quality from any source and resolution.

What's more, is that LG's AI doesn't just stop at picture quality. Hell, anyone can even talk to your TV by pressing the microphone button on your remote; and as a response, LG’s ThinQ AI listens to your commands and executes them, even those based on an earlier “conversation”. From simple TV controls, weather questions, or you can create follow-up questions based on your initial command and the ThinQ AI will still carry on the conversation. This is something that LG Brand Ambassador James Deakin gamely demonstrated the AI capabilities of the TV onstage, as he issued commands and questions one after the other. “This is as smart as smart TVs can get. LG is ahead of the game in pushing the boundaries of innovation and technology.”

That's not all: LG’s flagship OLED TVs also have LG’s award-winning OLED Panel Technology that works seamlessly with Deep Learning Technology. Sound quality is boosted by an intelligent algorithm that can up-mix two-channel audio to deliver convincing virtual 5.1 surround sound, so imagine sounds in such larger-than-life forms in either the automatic or customed environment of your choice. It also has the High Dynamic Range (HDR), which made it possible with the help of Dolby Atmos for incredibly realistic sound as the TV intelligently fine-tunes content compatible with Dolby Vision.  Plus, their TV supports HDMI 2.1, which allows viewers the opportunity to enjoy 4K content at a blazing fast 60 frames per second. Also, the TV supports automatic low latency mode (ALLM), variable refresh rate (VRR), and enhanced audio return channel (eARC).

With the release of their flagship OLED TV, LG has taken another step ahead in its vision of a truly interconnected smart home, especially at the time where the Internet Of Things grows very constantly. Powered by the ThinQ Artificial Intelligence technology, these innovations work together in sync and in perfect harmony, adapting to your needs every step of the way. 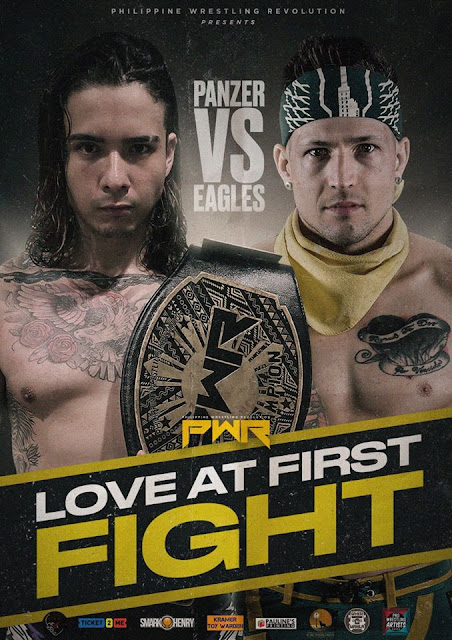